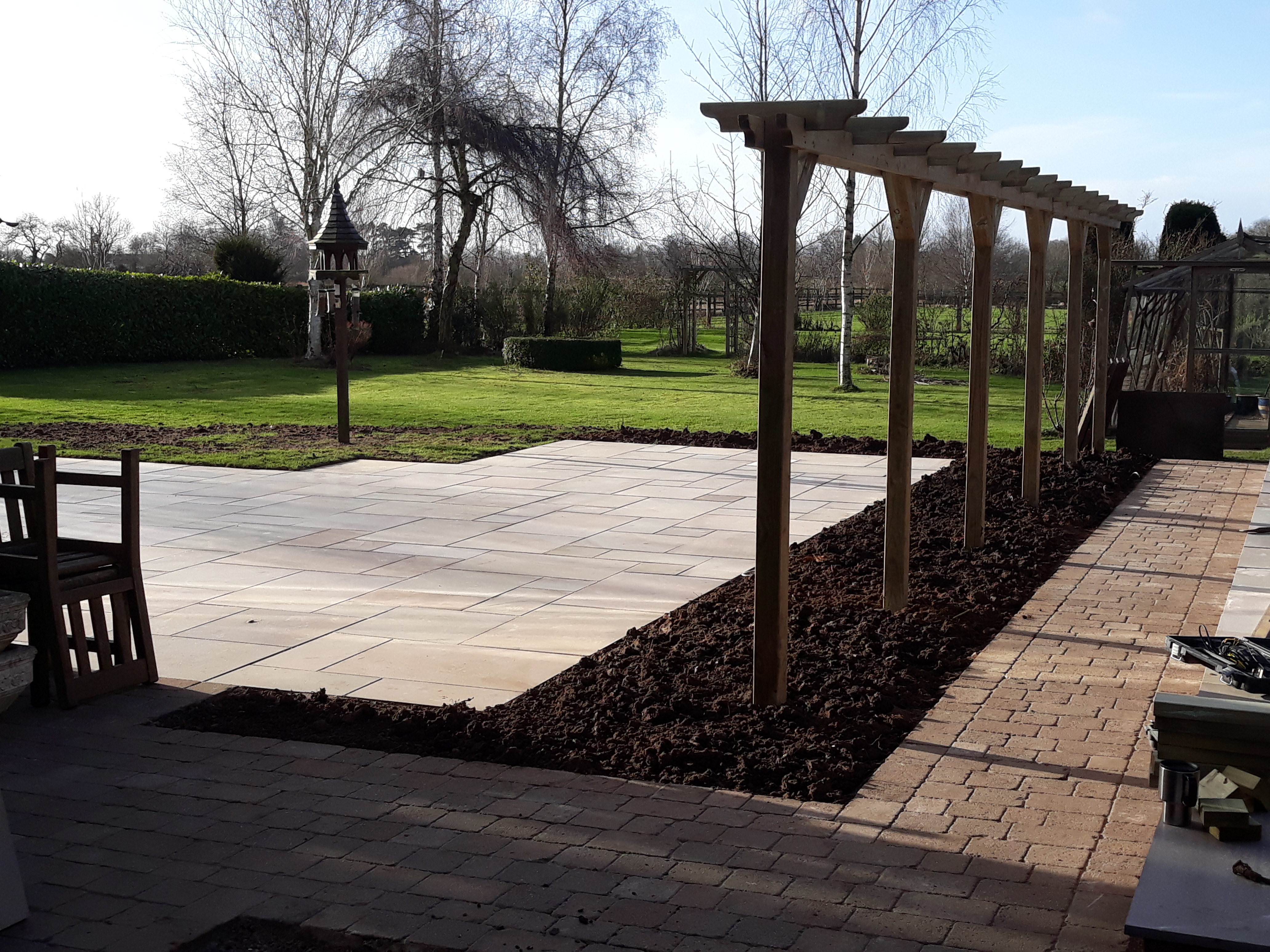 In the summer of 2004, I had the opportunity to be involved in the design & construction of a show garden, for the Gardeners World Show, at the NEC in Birmingham.

At the time, I was working alongside some friends, and we had teamed up as, “Gardens of Distinction”, in 2003, with the intention of offering the finest, bespoke gardens in the area.

The chance to participate in the Gardeners World Show was offered to us only 5 weeks before the show was due to open, so we had to pull our fingers out! The organiser of the event gave us the hint that there was no plans from any of the other participants to put in a Japanese garden, so that became our theme, and I then put pencil to paper to come up with “Tensinobi”, taken from the Japanese phrase, Shizen no bi, meaning, Natural Beauty. 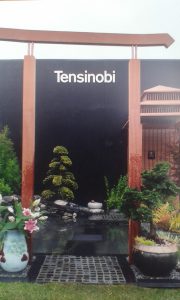 So, where everyone else taking part in the show had all year to prepare, we only had a little time to create something special. We worked hard to get everything made ready for the installation, spent weekends cutting & carving stone, fashioning timber, and building it all dry in my back garden, so we had the best chance of getting it all fitted in the two week slot we had for the build up.

We finished the job by the skin of our teeth, and by that, I mean that the judges came to asses it twice before they decided it would be best if they just left us until very last, to give us a bit more time for the final clean up.

As we arrived the next morning to find out our results, I can safely say that I was absolutely over the moon that we had been awarded a “Silver Gilt”, and then, just as we thought it couldn’t get any better, along came Joe Swift & crew, to film a little feature for the tv show, which was to be aired on the opening night of the show.

The queue to see our garden the next morning was immense! I couldn’t believe it, it was amazing! Everyone loved the tranquil little space we had created, and for those few days, we were treated like stars! 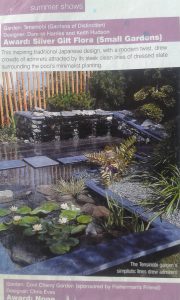